The SIMD is a relative index, one area becoming more or less deprived will affect other data zones around it and methodology changes in domain calculation with each iteration do mean, that although the SIMD is in its 6th publication direct comparison from publication to publication is not recommended.

The 2020 publication places Glasgow as a local authority with one of the highest levels of deprivation across Scotland, however not the local authority with the highest local share. Inverclyde has a local share of the 5% most deprived data zones of 19%, whereas Glasgow has a close second local share of 18%. However, of the 348 data zones ranked in the 5% most deprived in Scotland two 5th are in Glasgow. 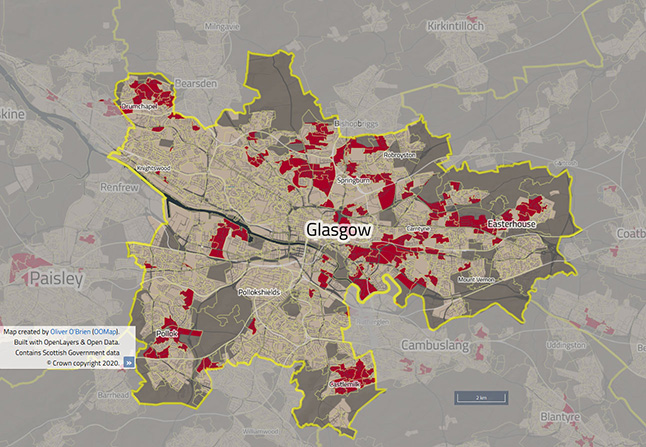 Analysis is continuing, however initial analysis can be downloaded here:

Information and analysis of the Scottish Index of Multiple Deprivation can also be sourced from the Scottish Government website at:http://www.gov.scot/Topics/Statistics/SIMD/