Tea dances, community breakfasts, homework club and cooking lessons for parents; just a few examples of the community led projects currently running in the North East of Glasgow thanks to Thriving Places.

Led by Glasgow Community Planning Partnership, Thriving Places is a way of supporting and creating community projects that target specific areas of Glasgow identified as having consistent levels of inequality, in terms of child poverty, health and employment; relative to other parts of the city. 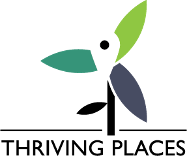 The Parkhead, Dalmarnock, and Camlachie Thriving Place brings together public, private and voluntary organisations located and working in these neighbourhoods along with the community themselves to make better use of what's already available in the community and resources.

The tea dances have been one of the Project's biggest successes. Running since December 2015, more than 1000 people have joined in and many of them are now regulars. Held in the G31 Community Centre in Barrowfield and decorated for the occasion, around 50 people, many of them elderly attend weekly. Regulars have also struck up firm friendships with a group that attend from the local John Orr Day Centre for people with additional support needs.

Becoming a real inter-generational and multi-cultural community event, pupils from St Mungo's Academy serve tea and cakes and even join in the dancing and each week they see more refugees and people from asylum seeking communities come to see what goes on at a tea dance and watch footage of old Glasgow. Having been so successful there are plans afoot to start a similar project in Parkhead Community Centre.

An unexpected issue that surfaced within the group, as relationships were forged at the tea dances, were the difficulties locals felt in coming to terms with bereavement and loss. A common occurrence in an area which is recognised as having high mortality and below average life expectancy.

Working with local places of worship, a day of commemoration and remembrance has been established that brings the community together to acknowledge the lives of lost loved ones. Organisers can also point people towards other services that can help in the bereavement process.

Another Thriving Places success has been the establishment of the Bridgeton Community Family Meal and Homework Club. Each week around 22 parents and 40 children from Dalmarnock and Sacred Heart Primary Schools come together in Bridgeton Community Centre where a cooking lesson with a trained community chef and homework club run simultaneously.

At the end both come together to enjoy the fruits of the parents' labour in the kitchen. With a good mix of nationalities including Chinese, African and Eastern European there is always lots to share and talk about. Again, this is soon to be replicated in Parkhead due to its success in Bridgeton.

Food was also the theme when Dalmarnock Primary School attempted to up numbers attending its breakfast club. In a bid to increase number of children eating and ensuring the children had a healthy start to the day the school brought in children's charity PEEK, a to run activities before school enticing the children to come into breakfast club. Subsequently drama classes, creation of a samba band have evolved what was an original idea to make sure children had a healthy start to the day.

The Community Breakfast was borne out of an idea running in the North West of the city where mainly members of community groups and service providers get a chance to meet each other, introduce themselves and explain what they do within a community and seek to find opportunities to work together in the future.

Councillor Soryia Siddique, executive member for communities and citizenship, said: "The Thriving Places approach to tackling inequalities across the city and improving lives really has our community planning ethos at its heart. Closer working between local service providers and community groups and organisations and importantly consultation with local people to shape these projects have been crucial to their continued success.

"And one of the good things about Thriving Places is that these are not one off, isolated, projects; they evolve and diversify as they become established and community relationships are forged."

Neil Orr, community organiser, based in West of Scotland Housing Association, said: "Working with people in this way lets us establish proper relationships. The trust that this builds lets us know what is the right thing to do and exactly what support is needed. This makes us useful.

"We treasure all the great people that have worked here for decades, we have the courage to take responsibility for the problems that blight communities, and we create projects spaces and activities that bring people together and let us learn more."

Maxine Hanrahan, whose son Jamie attends the homework club, said:" Jamie really enjoys going round and playing with PEEK (children's project) at the homework club - he looks forward to the club all week.  He loves having a special job and it makes him feel important."

Jamie is known as the 'Juicemaster' as it's his job to set out the juice for everyone during homework club and before the meal begins.

One tea dance regular also said: "The tea dances are really great. I've made lots of new friends, the teachers are brilliant. Coming along has given me a new found confidence and I'm doing a bit of exercise too. I really feel the benefit of it and look forward to a Wednesday now."